I'm conscious that I've been a little quiet this year, but that doesn't mean I've been neglecting the finer things of life - among which I count music. Although my motivation for writing has been quite low, I've not been short of inspiration, and 2018 has proven to have been another great year for the music I love. 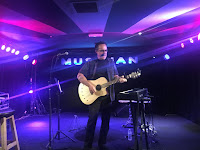 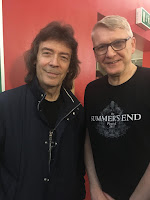 Due to transport issues (not having a driving licence for the first part of the year) my gigging was somewhat restricted, but I still managed to get to a number of shows, mostly with the CRS. I began the year with the CRS Awards night in Wath, with This Winter Machine and Mostly Autumn providing wonderful entertainment. Other CRS gigs were Jump, John Hackett Band (joined by John's big brother, Steve), Lazuli and Southern Empire & Damanek, all of whom put on stellar performances. Elsewhere, I managed to get to Yes's 50th anniversary show in Sheffield City Hall, and just last week was back there at the brilliant Australian Pink Floyd. Closer to home, Neal Morse at the Musician in Leicester was a treat, as were the Norwegian band Soup, who sadly only attracted a select crowd for their excellent set. DanFest this year was superb - highlights for me were Comedy of Errors and I Am The Manic Whale, and Summer's End didn't fail to enchant with great bands and sparkling company! A first for me was my third festival of the year: a trip to Download (handy as it's on the doorstep) - more reflection here! 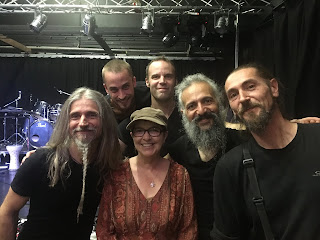 One of the things that I love about live recordings is their ability to transport one back to another time and place, and three of this year's live albums do just that for me. The other two on my list are not bands that I've seen live, but they are ones whose work I have admired for years and am so glad that their music is still being performed these days. My Top 5 for the year are (alphabetically):

All these albums have some very poignant moments, but for the evocation of my feelings the first time Sanctuary in Music was performed at Summer's End last year, the top spot has to go (just) to Tangekanic!

I came across a number of acts for the first time this year, but the ones that stood out for me included the following:
John Holden & Mark Rowen: two excellent musicians & song-writers who have both pulled together a wonderful collection of talent to help get their music out there. Their albums, Capture Light & Radiance have been played a lot this year;
Oak, Malady, Electric Mud, Burntfield and the wonderfully titled Hats Off Gentlemen, It's Adequate have all delighted at the progressive end of things, as have Coast & Mildlife at the jazzier end, and my trip to Download introduced me to the wonderful bluesy metal of Greta van Fleet;
Nova Cascade have produced an album of ambient progressive music that is sensational, and I have delighted to discover the minimalist compositions of Steve Reich & Nils Frahm this year.

I've found myself listening to a lot more jazz this year - not that it's been a stranger to me in previous years - and here are a few that have stood out for me over the past 12 months:


And so, on to my top albums of the year... always a tough choice, and just as much so this year. Only 93 albums to choose from in my collection, but I've managed to whittle it down to 25, some of which I've mentioned already above. The first 20 I will list in alphabetical order, and then a Top 5.  So, here goes...:

Bomber Goggles - Gyreland. A contemporary fable of life on a new island formed by discarded plastic in the ocean. Favourite track: March of Tides

Rikard Sjoblom's Gungfly - Friendship. Another assured collection from the BBT and former Beardfish multi-instrumentalist. Favourite track: If you fall Part 2

The Hypersonic Factor - Inventions of Diffusion. A wonderful instrumental collection that pushes the boundaries of Progressive music and jazz. Favourite track: The Pursuit

Kalman Filter - Exo-Oceans. A splendid assembly of evocative ambient electronica from Tangent mainstay Andy Tillison, designed to take you out of this world. Favourite track: Veltorn

Mike Kershaw - Arms Open Wide. The strongest album yet from Mike, tackling some powerful themes with his usual unique style. Favourite track: I Wish Your Eyes Were Mine

Lazuli - Saison 8. A band that never ceases to delight me, both on disc and on stage, this is yet again another brilliant offering, albeit one I can't fully understand! Favourite track: J'attends un Printemps

Laura Meade - Remedium. A soulful, folky, thoughtful collection of great songs and a great voice to go with them. Favourite track: Dragons

Nova Cascade - Above All Else. Ambient progressive music that is hard to categorise, and about which I have written elsewhere. Favourite track: Icarus

Ryan Porter - The Optimist. Some of the best jazz around, and the best musicians to play it. Favourite track: The Psalmist

Riversea - The Tide. The long-awaited follow-up to 2012's Out of the Ancient World, Mark Atkinson & Brendan Eyre do not disappoint. Favourite track: Blasphemy

Mark Rowen - Radiance. Great songs, enhanced by the voice of Lisa Box who brings great depth and power to them. Favourite track: Feel Like Letting Go

Southern Empire - Civilisation. An outstanding sophomore offering from the Australian band that grew out of the ashes of Unitopia, and an excellent live act. Favourite track: Cries for the Lonely

Tangekanic - Hotel Cantaffordit. My Live album of the year, and a fabulous collection of tunes from two of the best bands around at the moment. Favourite track: Sanctuary in Music

Kamasi Washington - Heaven & Earth. 2016's The Epic was a hard act to follow, but Washington has done that with gusto in this powerful collection. Favourite track: Song For The Fallen 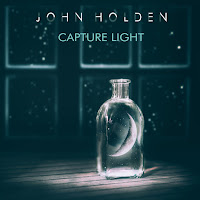 5. John Holden - Capture Light. This is an album that has grown with every listen, with great storytelling, equally great musicianship, and a veritable feast of talent on display. Favourite track: Dreamcatching. 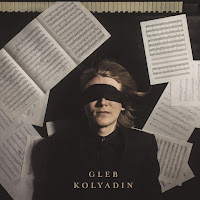 4. Gleb Kolyadin - Gleb Kolyadin. Gleb is one half of iamthemorning, a virtuoso musician who is just as much at home with the gentle progressive sounds as he is with the classics. This is a matchless collection of piano music that will enchant and entrance. Favourite track: Eidolon 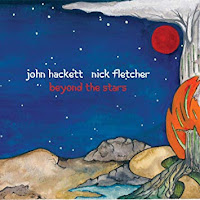 3. John Hackett & Nick Fletcher - Beyond The Stars. In recent years John seems to have come out more fully from his brother's shadow, and has grown considerably as a Progressive musician in his own right, along with his regular band, of which Nick is a key part. This album allows both of them to fully flourish as musicians and songwriters, and Nick in particular shows such a breadth of skill and style in his playing. I count both men as friends, but even if I didn't this would still be an exceptional work. Favourite track: A Time In Place. 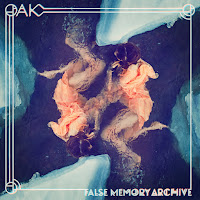 2. Oak - False Memory Archive. This Norwegian band took me completely by surprise with this release, but a pleasant surprise it was. Such assured music, with echoes of Riverside & Pink Floyd among others from the off, and a laid-back vibe that never fails to enthral and enchant: there is light a shade here, but neither in a flippant or maudlin manner. Just a stunning collection of finely crafted songs. Favourite track: We, The Drowned 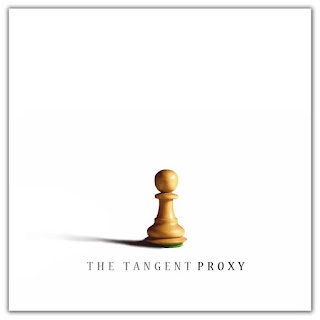 1. The Tangent - Proxy. I've been a fan of The Tangent for a few years now, and I must confess that when I heard their latest album, Proxy, it took a while to really 'click' with me. Whilst recognisably a Tangent album, there is a distinctiveness about this record that sets it apart, and it was that, I think, that I struggled with to begin with. But given time and patience this album grew for me, and I grew towards it, and began to fully embrace its musical and lyrical brilliance. And now, here it is, my album of the year, and deservedly so. Favourite track: a tough call, but probably The Adulthood Lie


So there we are: another year over (almost), and another exceptional one for the music I love. Thank you for taking time to read this: what do you think of my choices? I know I've probably missed some important albums out, but there's only so much time in the year. I hope to be able to write more over the coming year, which may or may not be a good thing... Let's see what 2019 has to offer.