For many years now I have been aware of the Greenbelt Festival, but have never been to it: until this past weekend when, with many thousands of others, my wife Jude & I drove to Cheltenham racecourse and enjoyed the life of Greenbelt. 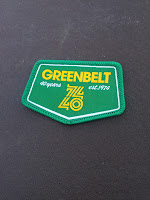 It wasn't my first experience of a festival - back in the late '70s and early '80s I shared in the many joys of Glastonbury (before it sold out to commercial interests), Knebworth and Reading, and in 2006 - after a 25 years gap - survived 2 days at Leeds. By then my attitude to the mud and music had changed somewhat (does the music have to be that loud?). So when it was suggested that I go to Greenbelt this year, memories of these events came to the fore.

Greenbelt is a very different animal from those other eventss. The music is only a small part of what the festival is about: it's as much about art, literature, theology, worship, justice and peace as well. The constituency is strikingly varied: all ages, races, spiritualities, theologies and orientations; people of faith, little faith and no faith, and yet with an underlying purpose for justice. The theology is open, radical and inclusive; the food varied and eclectic - it's the first time I've eaten Tibetan cuisine!; and the overall atmosphere is quite simply divine (in the true sense of the word).

We shared in comedy with Milton Jones, who also talked about the importance of faith to him, and why he doesn't do church gigs. My mind was stretched in debates about the purpose of marriage; what women want from the church; and the radical theology of John Caputo and Peter Rollins, Marika Rose & Lucy Winkett (still processing most of it, particularly the Rollins). We chatted with Vicky Beeching about being real in a virtual world, and I met Twitter followers 'in the flesh' for the first time. We broke bread together in small groups within a congregation of thousands, strangers and friends united in a common loaf and cup and a common Christ. 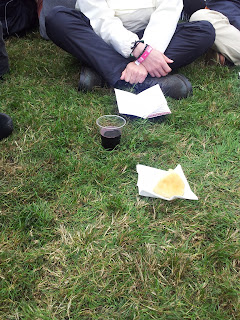 Musical highlights included the London Community Gospel Choir, going strong after 30 years; The Temperance Movement, a great rock outfit, with elements for me of the Stones, Frankie Miller (remember him?) and Bob Seger (with balls) about them; Thea Gilmore; and a wonderful last night set from Courtney Pine. 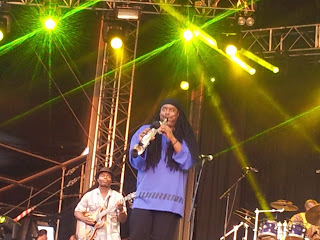 I make no bones about being an ageing hippy (albeit a sell-out with short hair ;) ), and for me the seminal festival was Woodstock in 1969. I'm old and wise enough (?) to realise the naivety of the 'Woodstock' ideal of peace, love and understanding - an ideal that lasted at best for the 3 days of that festival in August 1969 and had completely evaporated by Altamont 4 months later. But that ideal is no less a good one to aim at now than it was then, and comes close to my understanding of what Jesus was trying to say when he talked about the Kingdom of God/ Heaven. Jesus never defined the Kingdom, he only ever alluded to it, but I have come home from Cheltenham with a sneaking suspicion that he might today say 'The Kingdom of Heaven is like... Greenbelt.'