As we approach the end of 2013, I thought I would briefly reflect on the cricketing year.

In the minds of most England (and Australia) supporters must be the double Ashes year - the first time since 1975 that home and away Ashes series have been played. The contrast in fortunes, with England winning at home 3-0 but being totally out-played in the current away series and (at the end of the year) trailing 0-4, have been marked, and all credit must go to the Australian team for turning themselves around in such a short time: it can't simply be the presence of Mitchell Johnson in the side that's made the difference, can it (?). Serious questions are already being asked of the England set-up, and need to be if England are going to be in any state to entertain India & Sri Lanka next Summer.

As a proud and long-time member of Yorkshire CCC it has been good (in some respects) to see a number of the county players being called up for international duty, and a particular delight to see how well, on the whole, Joe Root has adapted to Test cricket. His maiden Test hundred, on his home ground, was a joy to watch - though I missed him actually reaching the milestone, due to a call of nature - and he has faced more deliveries in Test matches this year than anyone except Alistair Cook & Ian Bell. Maybe 2014 will see his county colleague Gary Ballance follow him into international colours.

Yorkshire celebrated their 150th year in style, but fell short of clinching the County Championship, ending second behind a very impressive Durham side who showed a better ability to produce results than any other team (only 2 drawn games). In the shorter format Yorkshire consistently lacked the killer punch and had what can best be described as a pitiful season. Congratulations go to Notts & Northants who lifted the 40-over & 20-over trophies respectively.

The end of 2013 has seen the departure from the world stage of two great ambassadors of the game, and another somewhat mercurial member of England's set-up. Graeme Swann at his best was a game-changer: he had the knack of taking wickets early in a spell - often in his first over - and could deceive even the best batsmen. His batting was explosive in the lower order, often providing vital runs scored at a faster pace than anyone else in the side: his strike rate of 76.49 was higher than Pietersen (61.74), Prior (61.81) & Broad (63.27).

Sachin Tendulkar played Test cricket in 4 decades, beginning at the age of 16 in 1989 and retiring in November at the age of 40, having played more Test matches (200), scored more runs (15,921) and more hundreds (51) than anyone else. He was the first man to score a double century in Limited overs International cricket, and ended his career with 100 international centuries in all forms of the game. He will probably be remembered as the second greatest batsman after Sir Don Bradman, and rightly so, and as the first overseas player to play for Yorkshire!

Jacques Kallis ended his Test career yesterday: third on the list of run-scorers behind Tendulkar & Ricky Ponting and second behind Tendulkar in the list of Test centurions, with 45 - the last of which he scored in his final innings. In terms of the great all-rounders in Test history, Kallis comes a good second to Sir Garry Sobers, with Sobers ahead in four of the five criteria I have chosen below.

Even so, Jacques Kallis has been a wonderful advertisement for the game, a loyal servant of South African cricket and one of its greatest exponents.

Christmas Greetings from the Simms Family

As it's Christmas Eve, and we've still not got around to sorting out the cards for this year, here's a brief summary of our family's activities over the past year, which comes with our best wishes for a blessed Christmas and our hopes that 2014 will be a great year for you and yours.

Work-wise 2013 has been a year of consolidation and change. Life in the churches that John looks after continues to provide routine and surprises, and it was a great joy recently to bring 7 new people into membership, including two who have come into the life of the church through Toddler Group & Messy Church. Church life is now lived on a slightly bigger canvas, as the eight Sheffield circuits merged in September to  become one mega-circuit, and this has meant that John is seeing a lot more of the city than hitherto. So far it seems to be going well.


John also made his debut in the Walkley Ebenezer pantomime in February (oh yes he did!) playing Crouton the head dough-boy in 'Beauty & the Beast', and is currently in rehearsal for the role of Grizelda the Witch in next year's production. 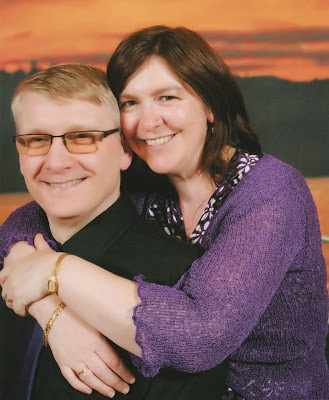 This year John & Jude celebrated their Silver Wedding in April with a meal at the Michelin-starred 'Old Vicarage' and then an 11-day cruise to the Canary Islands - both were fabulous!

This is our 'official' Silver Wedding portrait, taken on board the Cruise Ship.


Jude finished work in September, as her job disappeared with the merger of the circuits, but continues to study for her degree in English at Sheffield Hallam University. She continues to write as well, and has just been awarded second prize in the International Rubery Book Awards Short Story competition: needless to say she (and all of us) was delighted! The anthology of the short-listed stories will be published early next year. 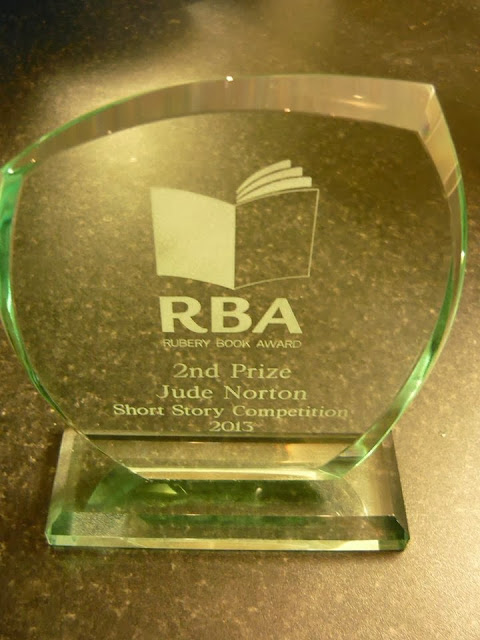 Mike continues to work as a barrister barista at the local Costa, as well as being involved in church life and writing and performing his music. He leads worship regularly, and was involved in a Mission Trip to Sicily earlier in the year. James completed his BTec in Drama at Norton College with a Distinction, and is now embarking on a Foundation Degree in Drama at the same college. He has performed in 'Macbeth', 'Cymbeline', 'How Many Miles to Basra' & 'Guys & Dolls', all of which were excellent (but then we would say that, wouldn't we).


Once again, we hope you have a great Christmas and a peaceful and prosperous new year!

2012 was a great year for music, particularly for my preferred genre of Progressive Rock, but 2013 has proved to be an even better year. There is so much good music out there at the moment that I have found the task of producing an end-of-year review quite daunting. Where do I begin?

Last year I produced a Top 25 of my favourite Progressive albums, but this year I have really struggled to keep the number down that far. Not only that: trying to rate them in order is proving really difficult. So, what I've decided to do is to produce a Top Ten (or possibly a Top 12) for the year, and list - in no particular order other than alphabetical -  another 30 that have particularly touched me/ moved me/ spoke to me - it's been that good a year!

Before then a few minor 'awards':

Discovery of the Year
The Twenty Committee - A Lifeblood Psalm
A remarkable debut: follow the link above to read my review on Progarchy.com

Non-Prog Albums of the Year
A couple have particularly stood out for me:
The Temperance Movement's eponymous debut
Prefab Sprout's Crimson / Red - a tour-de-force of song writing brilliance from Paddy McAloon

Disappointment of the Year
This has to go to Dream Theater's self-titled album, which sadly left me quite underwhelmed. The band have just not been the same since Mike Portnoy left, and the music, for me, has lost its spark.

9. Steven Wilson - The Raven That Refused to Sing (and Other Stories)
Carrying on from 2011's evocative 'Grace for Drowning', this collection offers light and shade and some excellent musicianship - stand-out tracks 'Luminol' & 'The Watchmaker';

8. Manning - The Root, the Leaf, and the Bone
Great story-telling alongside some brilliant composition and playing. One of the undoubted highlights of the latter part of the year - stand-out tracks 'Among the Sleepers' & 'Palace of Delights';

7. The Flower Kings - Desolation Rose
Another excellent offering from Sweden's 'Kings' of Prog, with some simply spell-binding songs from Roine Stolt and the others - stand-out tracks 'Tower One' & 'The Resurrected Judas';

6. Moon Safari - Himlabacken vol 1
This band continue to delight me with their close harmonies and wonderful compositions: this is music to put a smile on your face - stand-out tracks 'Mega Moon' & 'Sugar Band';

5. Freedom to Glide - Rain
A work that tells the stories of those from the front line in WW1, with a heavy dose of Pink Floyd: a bit like The Wall or The Final Cut without Roger Waters' personal angst - stand-out tracks 'Rain part 2' & 'Not a Broken Man';

2. The Tangent - Le Sacre du Travail/ L'Étagere du Travail
A breath-taking couple of albums from Andy Tillison & co., that I just can't separate from each other: 'Le Sacre' tells a symphonic story of the working day as only Tillison can, and 'L'Étagere' - by no means the sweepings from the cutting room floor - is a collection of very strong songs along with out-takes and live recordings - stand-out tracks '5th Movement: Evening TV' & 'Supper's Off'

1. Big Big Train - English Electric (Part 2)/ English Electric: Full Power
The 'English Electric' sequence came to its fruition with these two releases, following on from last year's English Electric (Part 1) - my album of the year for 2012. Again I cannot separate these two. Full Power contains all the material from Parts 1 & 2, along with four additional tracks, all of which showcase the band's ability to craft exquisite progressive music that elicits strong emotions from the listener. This is nothing more than a stunning piece of work, that will, I have no doubt, become a classic of the genre to rival 'Close to the Edge' and 'Selling England by the Pound' in years to come. This is a complete package: song-writing, musicianship and vocals of the highest order from Greg Spawton, David Longdon, Dave Gregory, Andy Poole, Danny Manners & Nick D'Virgilio; production & engineering second to none by Rob Aubrey; and a physical product that is quite simply a work of art - stand-out tracks 'East Coast Racer' & 'Curator of Butterflies (perhaps the most stunningly beautiful song I've heard in years).