It's been about 51 weeks since I last ventured to the Capital for music: last year it was for the historic Big Big Train gigs at King's Place, but last night my destination was The Lexington on Pentonville Road for 'The Power of 3': a triple-bill of excellent Progressive music, in the company of some fine people. 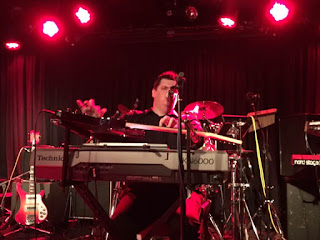 Opening the show was the annoyingly talented Peter Jones, performing some of his classic Prog-influenced 'Tiger Moth Tales' material, with selections from both his 'Cocoon' and 'Story Tellers' albums, along with 'City and the Stars' from his collaboration with Red Bazar, and his particular covers of a couple of Genesis songs and a terrific rendition of Peter Gabriel's 'Family Snapshot'. Although Peter would be the first to admit that there were one or two flaws in the performance, I would say that they are understandable and forgivable bearing in mind the complexity of the material for one man on his own to play live. 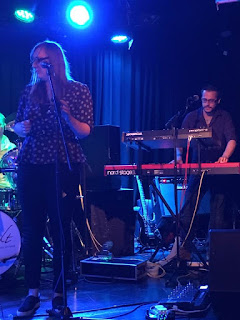 Second on the bill were 'We Are Kin', who brought their unique brand of bluesy, indie, electronic progressive rock with cuts from their two albums to date, 'Pandora' and 'And I Know'. Emma Brewin-Caddy shone with her powerful, blues-tinged vocal performance (though perhaps she could've been a little higher in the mix, as she was a little too understated at times and was lost behind the excellent playing of her colleagues). But a great set, showcasing what great talent and potential they have as a band. 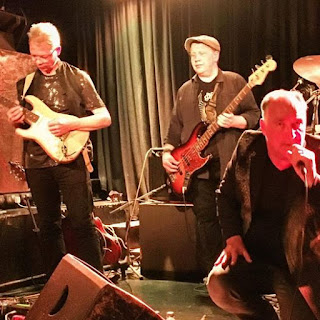 Rounding things off for the evening were 'The Gift', the only one of the evening's acts that I'd seen before, but now enhanced to a six-piece. We were treated to powerful renditions of material from their first two albums, 'Awake & Dreaming' and 'Land of Shadows', as well as a preview of a song from their third release, scheduled to appear this autumn, an atmospheric, moody piece which bodes well for the future. Mike Morton, the singer and front-man was, as always, the consummate showman and led a powerful and emotional performance from a band who simply oozed confidence and presence.

All I can say is that this was an outstanding evening of contemporary progressive music, showcasing some of the amazing talent that is out there, and which deserves a much wider audience. Music was the winner: along with Macmillan Cancer Trust, whom the profits from the night will support.

Email ThisBlogThis!Share to TwitterShare to FacebookShare to Pinterest
Labels: 2016, London, Power of 3, prog, The Gift, Tiger Moth Tales, We Are Kin