One of the problems with compiling Year-end lists of albums is that as soon as you've drawn up said list another great album comes along and throws everything up in the air. Had I come across this album before the end of December, my top 30, even my top 10, probably my top 3, would have been quite different. 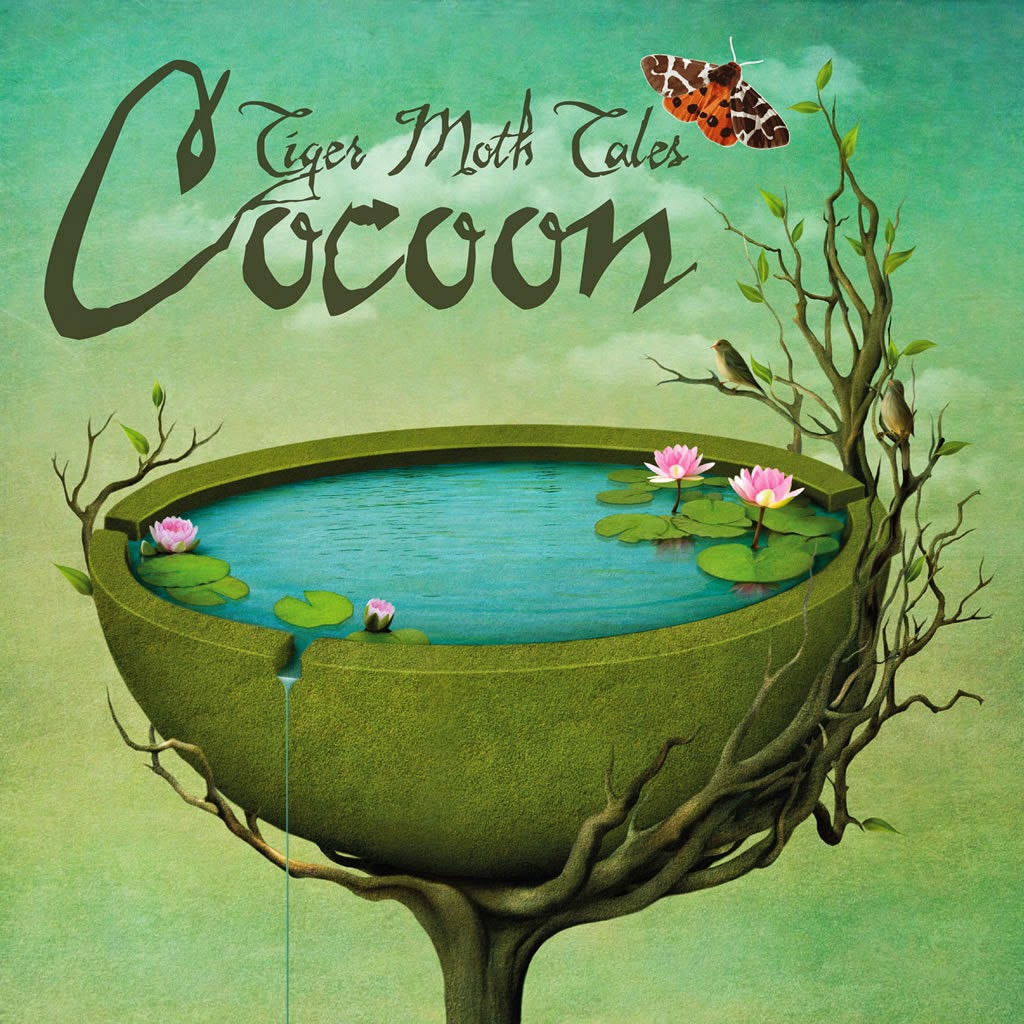 Tiger Moth Tales is the project of one man, Peter Jones - a fact that I needed to keep reminding myself of as I listened to this album, because the musical variety, dexterity and virtuosity on the full range of instruments is simply astonishing, as is the production. Drawing his musical influences from the classic era of Progressive rock but also from more contemporary acts, Jones has given birth to a collection of songs of stunning grandeur that will, I hope, come to be seen as a classic of the genre.

The central theme (the concept?) of the album is childhood, and Jones structures his 69 minute essay around the four seasons of the year. After an instrumental Overture which sets the scene with soaring keyboards, guitars and sax vying for attention over powerful drumming, we have the first of four vignettes which use mainly sound effects to evoke the mood of the seasons: Spring comes with birdsong and gambolling lambs; Summer with an ice dream van and a pebbly beach; Autumn with fireworks, a brass band (perhaps at a Cenotaph memorial, or in a park), migrating geese and scrunching leaves; and Winter with carols and trudging through snow.

Between these flags are the main songs. 'The Isle of Witches' begins with the words familiar to a generation of children: "Are you sitting comfortably? Then I'll begin." - the start of Listen with Mother - and goes on to tell the story of a group of three witches who lived on a remote island and their battle with a group of wizards who coveted their island. The music is brash - almost death-metal in places, with a certain Arjen Lucasen bombast about it, loud church organ chords and at times a kind of Middle Eastern feel. 'Tigers in the Butter' is a song about the ease with which children use (or used to use) their imagination in play, where forts are constructed from suitcases and bathtubs become the Seven Seas. "We lived our lives in fantasy", he sings, and "Anything can happen in this place: the doors are open wide; take a step inside." It begins, perhaps naturally, with an Indian feel, with sitar and tablas, before guitars take over and Steve Hackett's influence on Jones is clearly seen. There were echoes for me of Lifesigns too, and vocally of Paul Carrack.

'The First Lament' is a stirring instrumental piece which begins with a low drone and pipes of some kind which carry a haunting, Celtic ambiance. After two minutes piano and guitars come into the mix, and the song builds in pace and volume with the guitar motif becoming increasingly complex and heavier. With a minute to go it then drops back to the simple theme on guitar and piano, with the pipes returning at the end. Quite magnificent!

Autumn (where we have reached) is the most eclectic season, with two contrasting songs of whimsy and delight. 'The Merry Vicar' (a song close to my heart!) is a playful tune with a strong. driving rhythm on drums and guitars leading to syncopated keyboards, a jazzy piano section and time signatures all over the place. Lyrically it almost has the English eccentric whimsy of Vivian Stanshall or Noel Coward, as Jones makes 'cassock' rhyme with 'wazzock', and sings of this man who's "doing a lot of good for God, he's giving the church a bit of a prod" - which is why I warm to him so much! In contrast 'A Visit to Chigwick' is much more elegiac, channelling the golden years of children's TV and in particular shows like Trumpton, Camberwick Green & Chigley, and evoking a bygone age (did such a time really exist? A question the song poses towards the end) in a way that perhaps Big Big Train do to such great effect, but this time using sounds from 60s & 70s TV. The Genesis influence shows itself again in the keyboards towards the end.

The final song, 'Don't Let Go, Feels Alright' draws the album to a fitting climax, The piano arpeggios give way to the guitar picking up the theme from 'The First Lament', the sax returns, and we consider the loss of childhood innocence, a hankering for those days, but also a need/ desire to move on with life. These things have made us who we are, but we must move on and become who we can be. The song ends with birdsong: we are back in Spring, the circle continues, but we move on. And that sense of movement is there for me in the seasonal passages, as we walk along the beach, through the fallen leaves and through the snow.

This is an album that yields more and more with every listen. If you've not heard it, get yourself a copy! You can find it digitally on Bandcamp, or get a physical copy through the website.