These Curious Thoughts - What is it, and how did it get in there?

So, I get a friend request on Facebook from someone I'm not familiar with, which I respond to positively, because there are times when I can be an adventurous king of guy (not all the time: I like to keep folks guessing). Shortly after that I received a message from my new 'friend' on my Timeline, asking if I would be interested in reviewing an album, and as I'm not only an adventurous kind of guy (at times), I'm always open to new music. So, here is the review.

My new friend is a chap by the name of Jim Radford, who is one half of a transatlantic musical partnership that goes by the name of These Curious Thoughts. Jim lives in Kent in the UK and writes lyrics. He then sends these to his partner in song, Sean Dunlop in Detroit, Michigan, who sets them to music. As a working relationship this must be working well, as they've been doing this for the last ten years, producing 5 albums together (and currently working on a sixth). 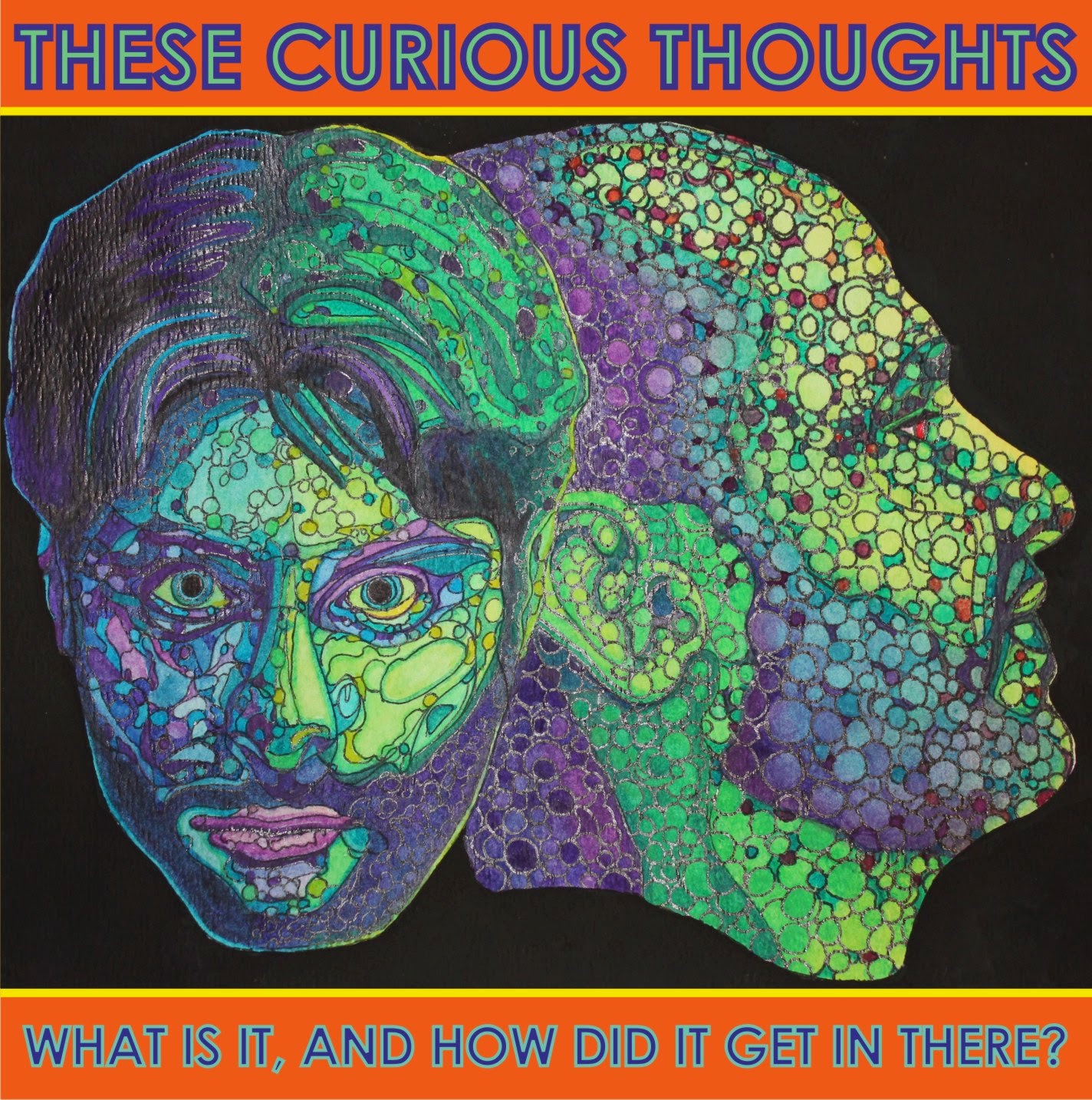 The collection under consideration was released last year (2013), and is my first and only experience of the band. It runs for just over 65 minutes, and contains 16 songs ranging from 2:48 to 6:49. The tunes are not easy to pigeonhole: they have elements of pop, of indie music and of prog about them at times; there is an attractive variety of style, rhythm, pace and time signature which is increasingly attractive; and there are echoes of and allusions to a number of other bands in their music and lyrics. For instance I heard reminders of Tom Petty's work with the Travelling Wilburys in 'Brain in a Jar', and Slade's 'Far Far Away' in 'Over a Desk' (as well as hints of Morrisey). The most common link for others, and I can see what they mean in many places, is one with REM.

The songs range from the quirky ('John Wayne', about Batman's brother rather than the cowboy actor), to the moody & melancholic ('Because She is Love' and 'Bad Milk'), to the rocking and up-beat ('Heavy Like a Rock' and 'Messed Up'). The music is well played, and it is good to hear the bass given quite a prominent place in the mix in songs like 'Messed Up' and 'Daughter of Morpheus', and a quite stunning guitar solo from about 4:00 in 'DNA Bounce' (which builds to a cacophonous crescendo a la 'A Day in the Life').

The lyrics have at times a quirky British-ness to them, somewhat akin to 10CC in their heyday, full at times of clever 'schoolboy' puns (well, the kind of puns I used as a schoolboy) and the occasional existential angst - "there's a spoon in my mouth and my tongue is a fork"; "am I dead or alive, or in between?" They can make you smile and make you think, which can never be a bad thing.

Having enjoyed this set of tunes, I may well find myself checking out some of their other material. Thanks, Jim for your imagination, and for Sean's music, which mesh together beautifully. If you appreciate music that engages head and heart, but still appeals to popular sensibilities then I would recommend you give these guys a listen.