Some might say that there can be nothing more prog than a band by the name of King Bathmat, and if you're unfamiliar with their work I would recommend that you check them out, particularly their last two albums, 'Truth Button' and 'Overcoming the Monster'. The guiding light behind this project is a gentleman by the name of John Bassett, and he has just released his first solo album, 'Unearth'. 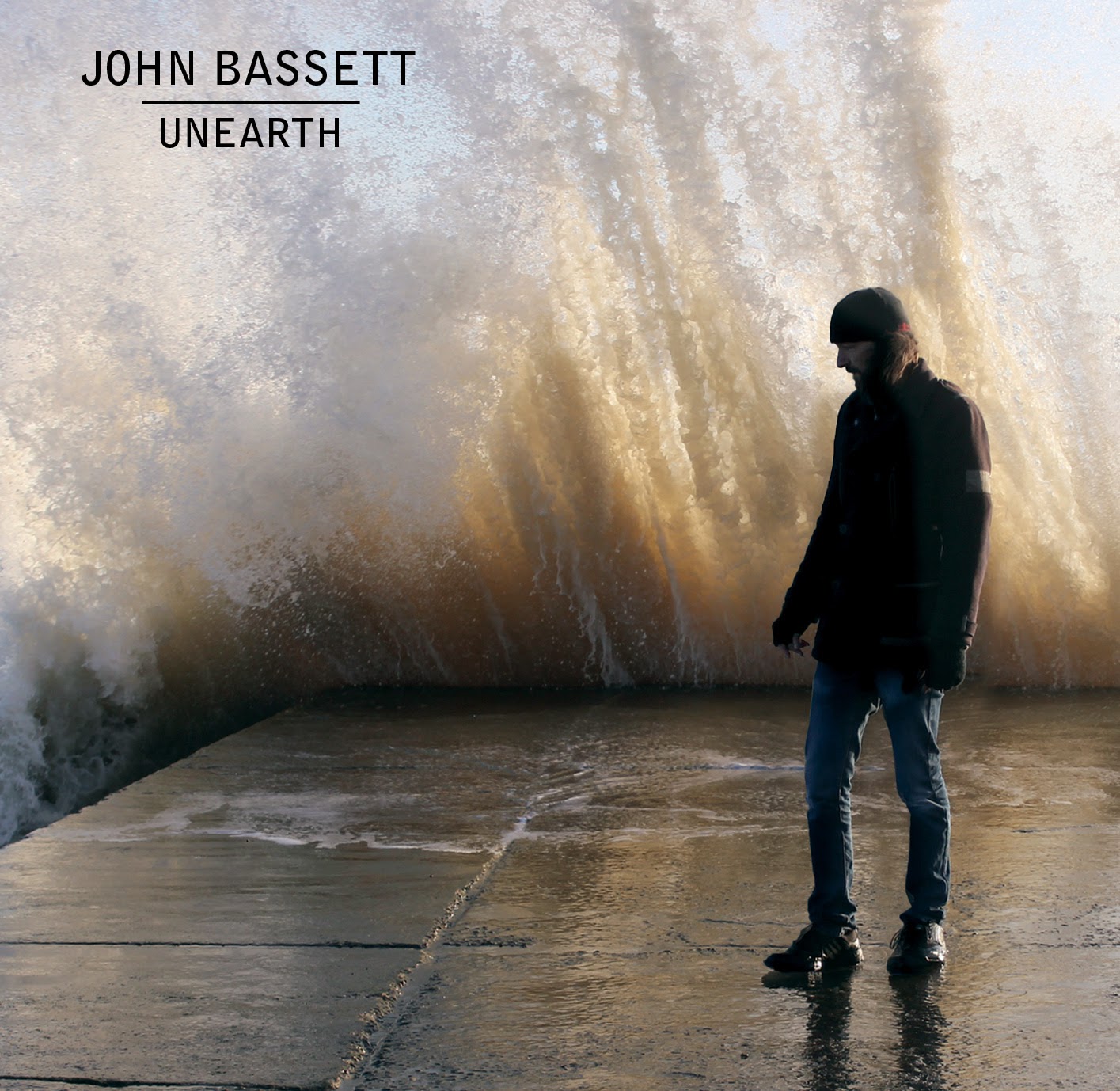 The first thing that grabbed me about this recording was the stunning image on the cover -  a truly brilliant piece of photography which, for me, invites you to want to see what the package contains. And once you start listening, you're treated to some inspired and inspiring song-writing, but in a very different vein from the King Bathmat material.

This is an album graced with haunting harmonies and tantalising counterpoint. The whole thing has, for the most part, a somewhat melancholic, thoughtful air to it. Having said that there are some more upbeat moments, for example in 'Nothing Sacred' and the instrumental 'Kylerhea', and 'Pantomime' has an almost playful edge to it in the swirling keyboards that hang in the background throughout. This is a collection full of surprises and suggestions: the blackbirds that begin and end 'Keep Dear' are endearing; I found hints of Nirvana's 'All Apologies' in 'TV is God', and there are echoes musically for me in the closing track 'Comedian' of the album opener 'Stay Away From The Dark', book-ending a complete package.

There is none of the bombast of the King Bathmat material here, but for those who appreciate good acoustic songs well-written and performed, this is an album that will not disappoint.
Posted by John Simms at 21:09 No comments:

Anyone who is used to the music of Matt Stevens, with his looping acoustic guitar and interesting time signatures may find his latest offering - Lucid - a bit of a shock to the system. The strange rhythms are still present, but this is, in places, a much bolder, louder, heavier collection of tunes than hitherto. In fact at times it put me more in mind of his work with The Fierce and the Dead than his previous solo work (not that that's a bad thing).

The album opener, 'Oxymoron', hits you straight between the eyes with its staccato beats and 15/8 time, and this continues with the 4.3.4.2 pattern of the 13/8 'Flow' - this is not music to dance to (easily) but music to tantalise and excite nonetheless. That feeling continues with 'Unsettled', which certainly can do that with its 22-beat structure. 'The Other Side' (track 4) is more like the early Stevens: a quieter and more relaxing acoustic tune, which has a joyous edge to it in places. 'The Ascent' reminded me of King Crimson's 80s material and has some stirring electric guitar runs within it. The next track 'Coulrophobia' is an ethereal, slightly eerie combination of guitars & vibes that gives the feel of some kind of dysfunctional musical box, which kind of makes sense when you discover (as I did) that the title refers to a fear of clowns. The title track 'Lucid' and its follower 'KEA' build layers of sound upon one another in typical Stevens manner, one with electric instruments, the other acoustically.

Thus far the tunes have all clocked in at 3:31 or under, but now we are treated to two fuller pieces. 'Street and Circus', at just under 5 minutes, has a warm 12-string ambiance to it that picks up in intensity towards the end as the drums kick in and makes use of the time it has to develop nicely. Then we have the epic - nearly 12 minutes of 'The Bridge', which was many people's introduction to the album as it was the first track released. This is a tune with a heavy, driving beat to begin with, which fades out to something almost industrial before a quiet acoustic interlude draws you in. The initial theme returns, leading into bass and drums keeping a rhythm going behind the whoosh of white noise before the final flourish of screaming electric guitars brings up to a conclusion. The final cut, 'A Boy', sort of waltzes through to the end of the album, and is almost a song without words in its lyricism.

This is another wonderful and varied selection from Matt, and I would urge you all, if you haven't done so, to give it a serious listening-to. You will not be disappointed.
Posted by John Simms at 18:50 No comments:

The Death of the Left

This week in British politics has seen the death of two leading lights of the Left: Bob Crow, leader of the RMT Union, and Tony Benn.

What I have found particularly interesting has been the words that have been spoken about these men, not by their supporters and allies, but by those who are politically poles apart from them. To read of Boris Johnson eulogising Bob Crow, and even David Cameron finding kind words to say of Tony Benn, has been a little bemusing (even if Cameron's words were nothing more than praise of Benn's oratorical skills rather than his beliefs and policies).

All of it put me in mind of this classic Not the Nine o'Clock News sketch: